Human beings are considered to be the smartest species in the world. But is it true? The result of whether we are smart or not depends not only on IQ level but rather in terms of surviving efficiently, communicating effectively and problem-solving. Where you live, and your environment keeps a significant impact on your smartness.

So, cities can be smart too. In this article, you will find the list of the top smartest cities in the US. If you are wondering how I created this list, it is through the rate of population with higher educational and employment, infrastructural development and overall smartness in lifestyle.

Dive into to judge yourself and consider shifting to these states to enjoy the benefits of living in a smart environment.

Since 2012, Seattle has been one of the cities with a smart economy boom. The government intended to make this city a hub of sustainability innovation. Home to one of the world’s leading master’s programs built for entrepreneurship and sustainable innovation-Bainbridgee Graduate Institute, it is not a shocker that Seattle has one of the genius minds of the nation.

With future aspirations for best quality of lifestyle, the city has many as the greenest commercial building in the world. Besides the core projects of eco-city, Seattle is also a great hub for startups in the country. According to the Global Startup Ecosystem Index, Seattle was ranked fourth as the entrepreneurial ecosystem.

With a high rate of average IQ level of the population, and creative entrepreneurial talents, this city becomes the smartest city in the US.

Boston is just right after Seattle with being a city of smart and innovative population. Being one of the leading cities in terms of per capita and investment per capita, the city aims for reaching higher goals. Boasting over 70 universities, this city aims to create bright minds who contribute to globalized welfare and development.

With companies like General Electric, Vertex Pharmaceuticals,Liberty Mutual Insurance Group, Wayfair, and others as a leading source of new innovations and creating employment and innovative opportunities nationwide, Boston’s companies and businesses rank high. Lastly, the civic center network connects the population to get smarter.

Known as The Big Apple, New York City leads high on the list with the smartestinds and innovations. Being a hub of many industries including fashion industries, newspapers, great corporate opportunities, New York maintains its smart city vibe globally.

With advanced technology and modernity, this city has incorporated innovative transportation, living style and more. So it is a city that paved the way for a futuristic modern world.

Iowa’s Cedar Rapids is one of the modest cities that has big waves of smart features to be one of the smartest cities. With innovative ideas for efficiency, better healthcare and sustainability, this city outlined a smart city.

The plan, EnvisionCR, was released by the city leaders to create a city with the best quality of lifestyle. After the tornadoes and floods of 2008, the devastated city started and implemented many amazing strategies which has caused this city to be one of the smartest cities in the nation.

With its creative and innovative atmosphere, San Francisco is the second city on the list from California “green” initiatives taken for long term development of the country, this city has gained a reputation with its smart planning and implementation. One of the highlights is the smart parking system that shows both the intelligent and creative side of the city’s people. San Francisco has also been becoming one of the cities with its strong entrepreneurial ecosystem.

Columbus is a city in Ohio state which has won the U.S. Department of Transportation (USDOT) Smart City Challenge in 2016. With its innovative launch of Smart Columbus, this mid-sized city has been thriving in technological development. The creative and intelligent population of the city contributes in developing and improving technological advancement.

Smart Grid program, Integrated Data Exchange, Transportation Networks and Enhanced Human Services are the main four technologies of this smart city that enhances the life of the city.

Take a look at the healthiest cities in the US.

With a population of about 30,494 people, LaGrange is developing into one of the fastest growing cities of the country. Located in the state of Georgia, the citizens of this city are offered free internet access via cable television. After their advanced plan, the city gained a lot of praise and popularity.

With better and easy access to intervene, the citizens are able to contribute better to the improvement of their personal and professional life. The city keeps on demonstrating smart technology and innovation.

Fresno is one of the hub of central California. With a huge variety of professions and innovative business plans, the city is open to all kinds of genius minds. Be it for infrastructure improvement or flourishing creative jobs, the city has set a goal to cherish and inspire all. Despite being a mid-sized city, The excellent innovative city planning is one of the distinct features that make it one of the smartest cities of the nation.

Right in Kentucky, Louisville is one of the cities that has been leading great smart initiatives for overall development. As Kentucky state has its name as one of the distinguished leading place of smart technology, it is expected that its cities will also be smart ones. The smart lane that connects vehicles for better transportation to the technology for inhalers to be data driven application, there are plenty of examples that prove this city is indeed one of the smartest cities.

Austin is a city located in Texas which was fated to become the city on the rise. With keen and dedicated smart people of the city, different transportation plans, intelligent sensors, open data and other intelligent plans were adapted. With innovative and smart plans with collaboration between University of Texas, Texas Department of Transportation, and Austin Energy, the city has planned and implemented plans and infrastructure that allowed the city and its population to be smart.

With an incredible plan called “Our Energy Future”, Boulder has made it to this list. The smart grid model is created with a better sense of the costing and pricing. It encourages sustainability, and sophisticated meters that benefit the city and the world. The population also supports the project and the people working on the project are a team of commendable minds. Rebounded on the path despite many setbacks and controversies, Boulder has become a smart city.

With its smart mobility and transportation improvements, Washington has become one of the smartest cities in the country. The city specifically aims to improve the quality of the citizens. Being among the cities with one of the highest education populations, Washington strives to encourage the smart minds of the citizens. Different high grade projects are launched for higher developing scores and through using social media and big data, the city aims for smarter plans.

The US has global cities that have developed in infrastructure, transportation, quality of education and other factors. From this list of the smartest cities in the US, you can know about the cities that are improving. 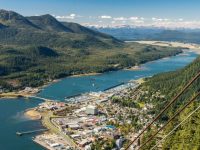