The state of Indiana covers an area of 94,321 square kilometers. Being the 38th largest city state in the United States by area, Indiana ranks high in terms of population density as well. Due to many factors like better quality of life and improvement of infrastructure, many cities are booming in Indiana.

For this, as of 2022, in the country, Indiana ranks as the 16th most densely populated state. Within the state, Indianapolis is the most populous city, and it is also the capital city of the state.

If you want to know more about the population, then this list of the most populated cities in Indiana is for you.

With a population of 901,082, Indianapolis is ranked at the top of most populated cities in Indiana. Being the capital city of the state, this city has it all. Be it the innumerable residential houses, great institutions, restaurants, shopping complexes, famous attractions and more.

Over the years, the residents are increasing due to the improvement in lifestyle in this city. Locals love the atmosphere and natural beauty of the city, which is another key reason for living here.

With a booming economy, Fort Wayne has become second with its 265,926 population. Although compared to Indianapolis, the number looks quite different. Located in Allen County, Indiana, this city is home to a variety of people. It has the largest population of Burmese Americans in the country. And there is also the presence of a great number of African Americans in this city.

In Evansville, the population is 117,272 according to the census of 2022. With its average household income of $54,957, this city has great estate developments. Compared to 2010 census, the current population is not differentiating much but, this city is predicted to have a higher population because of its median value.

These are the biggest cities in Indiana.

With the rental costs being $814 per month, South Bend comes next on the list which has a population of 103,909. It is a part of St. Joseph County. Currently, this city has become a hub of culture and economics in the Northern Indiana area. A lot of students and employees of the university shift here to live.

According to the latest census, Carmel has a population of 103,871. This city is home to several parks, natural sights, luxurious hotels, good universities and schools and other facilities. Since the last census, the city’s population has increased by 4.12% and is predicted to increase more as the city is quite developed and not densely populated.

With an increasing population over the years, Bloomington currently has a population of 78,920. Most of the residents of the city speak only English and only 13.24% speak other languages. There are fewer immigrants, but there are second generations of Asians residing in this city. Interestingly, the poverty line of the city is very low with only 3.84% of the population.

These are the best cities to live in Indiana.

With a population of 77,289, Hammond had a decline in the population. Previously, the population was higher. One of the causes can be the poverty problem. Currently, with a poverty rate of 21.18%, the city has declined in its development which might have caused population decline as well. Also, the average household income here is $57,979.

With a boost of 40.72% in population, Noblesville has currently a population of 73,132. Previously, the population number was 51,969 and due to the improvement in infrastructure and low poverty problems, the city faced a higher development. Although most of the residents are white, there are people of other origins shifting to this city.

Within the area of 29.38 square miles in Lafayette, 71,511 people live here. This city is a part of Tippecanoe County and has gained a growth rate of 0.51%. With almost the same gender ratio, the city is thriving for economic development. Currently, the median house value is $119,400, so people are shifting in the area for better housing.

Greenwood has recorded a decline in the population of Hispanic and Native Americans, but the overall population was not much affected. As the present population is 66,638, the number increased but racially, the population decreased. In this city, with a 68.7% employment rate and there is also an increase in education quality.

Located in Delaware County Indiana, Muncie is one of those cities which had a population decline. In the 2010 census, the city had a population of 70,085 but presently, the number dropped to 64,216.

Although the difference between the number might not seem much, economically the city has faced quite a number of challenges which may have caused the lower number. But there is an increase in African Americans in this city.

With an increase of 37.31%, presently, the population of Kokomo reaches 62,432. The average income is $34,874 and the poverty rate is only 14.91%. Famously known as the “City of Firsts.”, this city has quite a number of achievements because of its automobile industry.

Terre Haute is a part of Vigo County. This city has faced a decrease in total population. Encompassing 34.5 square miles, the population of the city is 57,909. With its increase in African Americans and other origin people, the city is predicted to have a boost in its population unlike the current rate.

With a density of population of 1,311, the city has an area of 41.60 square miles. Within the grounds of this city, the population is 54,520. The city is named after Chief William Anderson. In Indiana, this is the only city where the largest known Native American earthwork is found. With better economic conditions, the population may increase in the upcoming years.

It appears that criminality and security are not strong points in many cities and suburbs in Indiana, and this is also true for Warsaw. It is one of the finest areas to be if you want to launch a business in this state. Moreover, Warsaw has a robust healthcare sector, which employs a big chunk of its population.

With great development and better standard of life, there is an increase in population and many residents re-shift within the state of Indiana. If you want to shift or look at the numbers to make your decision, then this list of the most populated cities in Indiana provides you all the information you need. 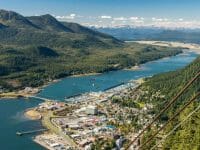 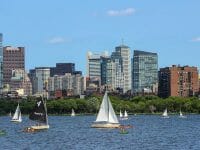 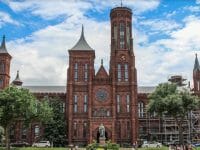