The importance of clean living environment and reduction of pollution has been one of the hottest social and climate related topics in the country since President Trump decided to withdraw the US from the Paris Agreement. While this move gained him support from some cities in the nation, most of the cities in the United States were not happy with it.

However, some cities in the United States have their own form of regulations to reduce greenhouse emissions, and projects to clean up their neighborhoods.

So, these are the cleanest cities in the US.

In terms of the country’s best cities for both air quality and resident satisfaction, Norfolk ranked highly. Norfolk’s project to keep the city clean is called “Keep Norfolk Beautiful”, aims to decrease litter, recycle properly and enhance Norfolk’s beauty via awareness and participation. It is most certainly one of the major contributing factors alongside other services to keep the city clean.

In addition to having the lowest percentage of residences showing evidence of rats or insects, Overland Park also recorded the least percentage of inhabitants who were unsatisfied with pollution in the city. According to studies, it is also one of the happiest cities in the United States, which may not be a coincidence at all.

Virginia Beach was cited as having one of the finest air quality records in the country and having the least greenhouse gas emissions by head. Given that there are an aggregate of 213 sunny days per year, it is also one of the nicest places for retirees. Alongside its clean environment, the city also offers stunning beach amenities as well.

Columbus has one of the lowest rates of pollutants among American cities and recorded the least percentage of residences reporting evidence of rats or bugs. In order to give locals interim jobs and improve their beloved communities, the city established the incredible Cleaner Columbus Employment Program, which offers employment opportunities and cleans up the city.

Indianapolis is the capital of Indiana and by far its most prominent city. It ranked first for the least rate of disposed trash and recyclable collectors per every 100,000 inhabitants. In terms of living standards, Indianapolis received one of the top five rankings as well, making it one of the cleanest cities in the US.

In terms of living standards and pollution, Greensboro ranks among the top cities in the United States. Moreover, this tranquil city in North Carolina holds more than at least 3 yearly litter cleanup campaigns, which help enhance the city’s beauty and raise awareness among its residents.

Take a look at this list of the cleanest rivers in the US.

Depending on who you inquire, Pittsburgh can either rank as one of the cleanest or dirtiest cities in the country. This is due to the fact that pollution rates in this city are quite high, but everything else is well-organized, and the residents are well aware of their surroundings. Pittsburgh is a large metropolitan area, so some areas of this city are quite different from its other areas.

Renowned for being one of the centers of rock and country music, Nashville is the state capital of Tennessee. In terms of living conditions, it is one of the top five cities in the United States, while also reducing its population over the years. The average value of homes in Nashville has increased significantly recently due to its enhancing clean nature.

Although Hayward’s highest rating in terms of infrastructure is slightly below its desired expectations, other aspects of this city score quite high, earning it a place among the cleanest cities in the nation. In fact, its clean environment has been cited as the main reason behind homes selling so fast in the city.

In some key factors examined to determine the cleanliness of a city, pollution, quality of life, and infrastructure, Charlotte is one of the highest ranking cities in the US. North Carolina’s most prominent city has a new city feel to it due to its clean environment.

Over the last one year, Bellevue recorded one of the least number of reported bugs in homes and was among the top cities in the country in terms of residents’ satisfaction. Additionally, the pollution levels and rubbish removal rates were also above the satisfactory levels.

Vancouver had one of the lowest sightings of cockroaches and rats in the United States. Furthermore, this beautiful city which is divided between Canada and the United States, is renowned in both countries for its cleanliness. Vancouver records one of the best air quality in the US, and features clean, well-organized communities.

Murfreesboro offers the best  living conditions and standards, while also ranking last in terms of infrastructure on this list. This highlights a special quality of this city, which is that it is a great city to live in that still has large scope for growth. That is probably why Murfreesboro is one of the best cities in the US in terms of investing in real estate.

In terms of rat and insect sightings, St. Louis ranks very high. Additionally, in terms of living circumstances, the city also ranks among the country’s best. The city is also one of the greenest cities in the country as it is renowned for being a great destination for urban gardening.

The cities mentioned above were determined to be the cleanest cities in the United States to live in based on certain key factors. By analyzing cities based on these factors, which include pollution metrics, living conditions, garbage disposal rates, insect and rat sightings and infrastructure, we have compiled this list for you. 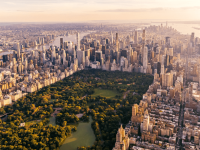