Having a greater population makes it hard to keep things and systems in check for smooth flow. Population density is one of the main problems for littering, pollution and disposal. In America, despite the sparkling lifestyle, another side of the picture is the dirt and garbage. Some cities lack at maintaining a proper dirt disposing system.

Compared to other cities, some cities have better infrastructure, living conditions, and pollution control. However, many cities cannot do so.

To know which cities are lacking, check out this list of the dirtiest cities in the US.

With its fancy hotels, restaurants, and other luxurious places, Los Angeles is on the list because of the garbage produced by over-consumption. For seeing the rate of awful air pollution, you can see the mid-afternoon smog haze that is visible on any given day. The poor air quality results in many breathing problems.

Be prepared to see rodents, mice and other dirty animals on the streets as you make your way through Newark. This city in Philadelphia has all the dirtiness factors like air pollution, diseases and population density. Over 18.5 million pounds of toxic release from chemical plants and refineries pollutes the water and air of the area and also spreads the pollution to nearby cities.

Boston has one of the highest population densities on the list. Although a large population means more productions of litter and critters, the city does not do a good job at recycling and regulating disposals. Streets are jammed with increasing amounts of filth and the air pollution keeps on increasing.

In the state of Texas, Houston is the city from where most of the dirt comes from. Because of its dirty environment, it is nicknamed the home of the third most pests in the country. This city is home to the highest concentrations of chemical plants and oil refineries which contribute to toxic air pollution.

New York is not a surprising city to be listed. With its population density, pests and litter, it is quite evident that the city is one of the dirtiest ones. Over-consumption, stinky air and discharge from vehicles cause the degradation of the environment. Some say the city has an equal number of rats and people.

Oklahoma City is a populous city, and it is also populated with pests. The residents are used to yet being very frustrated with the vermin, cockroaches and other disease spreading animals that roam around the city. The filthy conditions make it a breeding ground for dirty animals.

Take a look at our list of the healthiest cities in the US.

The sparkly nightlife of Las Vegas is not the only representation of the city. The overall toxicity in air and lack of proper garbage disposal are the other notable elements of this city. Every year, tons of environmental waste are produced by the city. It also contributes to having higher nitrogen dioxide air pollution.

According to the American Lung Association, Phoenix is one of the big offenders on their list of most polluted cities. With awful air quality and a population of rodents, this city has a stinky and dirty environment in many parts of it.

In Glendale, the politicians are one of the crooked ones who contribute to the dirty environment of this city. With loads of unregulated tourist traffic, the city produces tons of litter every year. This filthy condition seems to worsen with lack of actions against it.

Mainly because of its geographical position, Chicago is a city with a lot of pests that produce litter from the food remnants. Tons of litter are spread across the city. Despite the activities of cleaning streets, the city still has a lot of filth to deal with.

Riverside-San Bernardino might appear to have scenic beauty, but the lack of disposal of garbage and dirt makes it a dirty city. As a major metropolitan hub, this city has poor air quality and the excess smog from vehicles causes air pollution. It got an ‘F’ grade from the American Lung Association because of its air pollution.

San Francisco is indeed a picturesque area with its scenic beauty. But the rest of the city has quite a number of problems, including filth. With an increasing population of homeless people, there are litters thrown anywhere and everywhere. Lack of proper disposal also causes dirt accumulation.

Despite the outdoor lifestyle and economic growth, Denver is also a city with degrading air quality. Industrial waste, vehicle exhaust and overuse of electric utilities resulted in massive air pollution. The crappy air quality causes a number of airborne diseases as well.

In San Antonio, factories are a major contributor to the pollution of the city. The air is toxic, and the soil pollution is also increasing day by day. The unhealthy environment because of the industries and factories make it a harmful area for children, breathing problem people, older adults and others.

Baltimore is an Eastern seaboard city which attracts a large number of tourists. Litter produced by unregulated tourism causes a higher pollution rate. There is a notable increase in rat population and the vermin also hit the road. For both residents and tourists, littering causes hazards.

Living in a dirty environment results in health issues, mental instability, and more. Depending on where you live, you can enjoy fresh air and healthy surroundings. To know the other side, this list of the dirtiest cities in the US is important to read. 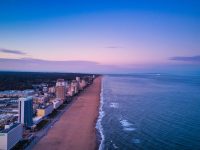