Somewhere during the winter season in the US, you will usually see kids playing in snow piles, families cleaning their houses and cars, and many more.

These scenarios may seem fun, but it gets very tough to survive somewhere in the coldest states in the US. because of lower temperatures.

So which state is by far the most miserable amid the cold dead of winter? Let’s find out!

Alaska is the coldest state in the US. Alaska has an average annual temperature of 26.6°F, although the winters may be brutal, with lows of -30°F.

Readings in the Fairbanks area may reach 90°F in the summertime and -50°F in the winter, making Alaska one of the most extreme regions.

Alaska is definitely on the table here if you’re just interested in how awful things can go in terms of temperature. You can’t look at this location the same way you look at other places without blurry and snowy vision.

North Dakota is the country’s second-oldest state. North Dakota has a mean temperature of 40.4°F. The typical temperature in the winter is approximately 24°F, ideal for winter sports, including snowmobile, cross-country riding, roller skating, and ice hockey.

North Dakota’s lowest temperature month is January, with temperatures ranging from 2°F in the north to 17°F in the south. Only in this state you can say things like It’s been ages since I’ve noticed the sun and be something that is true instead of metaphorical.

Need to scape from the cold? Have a look at these active volcanoes in the US.

You may conclude that, notwithstanding looks, Minnesota has by far the most unpleasant wintertime in the whole United States. It is still higher in the coldest states in the US.

The state’s climate is largely influenced by its latitude and closeness to Lake Superior, located in the U.s’ Upper Midwest area to the northeast. In Minnesota, the Coldest months, with freezing temperatures as -30°F in the state’s northern regions. Minnesota has a mean temperature of 41.2°F.

Like the gorgeous family of the West, With an average temperature of 42°F, Wyoming is one of the coldest state in the U.S. Wyoming’s winter weather are often frigid and icy, with temperatures frequently reaching below 0℃, up to 15℃.

In the winter, the peaks and mountains of Wyoming can collect up to 200 inches of snow, while the plains receive about 50 inches. Winds are also expected to be in the 30 to 40 mph range, with gusts up to 50 to 60 mph.

Montana, with a mean temperature of 42.7°F, is the sixth coldest state in the U.S. The coldest month in Montana is January, with average temperatures around 0°F. On January 20, 1954, the lowest temperature ever recorded in Montana was -70°F.

Montana’s western part has weather similar to the Coastline, with milder winters than the rest of the area. The eastern section of the state, on the other hand, has a semi-arid continental climate with somewhat colder winters.

Maine is the 3rd coldest state in the United States, with a mean temperature of 41°F. Maine’s winters are mild, with an average low of 12°F and plenty of snowflakes. The normal amount of snowfall in Maine is 25 to 200 centimeters.

Still, Caribou, the county’s and country’s most northern community, recently had 157 days with a minimum of one inch of fresh snow. As much as 80% of Maine is covered in forestry.

There are large swathes of plains in northern Maine which are either deserted or hardly habitable due to the obvious snowy weather there. The coastal and the south, wherein most people reside, enjoy milder winters.

Summers in Vermont are typically moderate, with temperatures up from 75°F to 82°F and evenings in the 50s. Vermont is also one of the coldest states in the U.S., with an average annual snowfall of 89.25 inches.

With a mean temperature of 43.1°F, Wisconsin is one of the coldest state in the U.S. Parts of the state are bordered by Lake Superior and Lake Michigan, which contribute to the state’s long, snowy, and frigid winters.

Wisconsin’s northern and western regions can receive up to 160 inches of snow every year. In comparison, the remainder of the state can anticipate approximately 40 inches. There’s a pervasive, soul-crushing chill here that can’t be overcome.

Summer temperatures are pleasant, ranging from 70 to 85 degrees Fahrenheit. Once you arrive, you’ll be traveling in rain, which transforms to ice as soon as the road begins its twists.

Love fast foods? Then you might like to know about the largest fast food chains in US.

With a common temperature of 44.4°F, Idaho is tied for the 9th coldest state in the United States. Idaho climate is influenced largely by its closeness to the Great Lakes and its position in the Midwest. In the winter, Idaho’s average lows range from -2°F to 22°F. In both states, dog sliding is a common activity.

In the winter, the northern regions of Idaho see night temperatures below 0°F. At the same time, the western parts of the state receive between 155 and 171 inches of snow every year.

With a mean temperature of 44.4°F, Michigan is tied for the ninth coldest state in the United States. Michigan’s climate is influenced largely by its closeness to the Great Lakes and its position in the Midwest. In the winter, the northern regions of Michigan see night temperatures below 0°F.

At the same time, the western parts of the state receive between 150 and 180 inches of snow every year. In the winter, Idaho’s average lows range from -2°F to 22°F. In both states, dog sliding is a common activity.

On most days, you can’t really distinguish whether it’s raining or snowing because of the brownish salty slop that shoots up from the highway, coating your windows more fully than anything else that drops on the ground.

The climate in South Dakota is temperate western, with warm, somewhat humid summers and dry, frigid winters. Summers in South Dakota are warm to hot, with average high temps ranging from 80°F (26.7°C) to 90°F (32.2°C) in July.

Even if your wintertime highs are four degrees warmer than North Dakota’s, the Black Hills nevertheless look stunning when blanketed with a fresh layer of snowfall.

So far this winter season, Colorado has had the lowest temperature in the lower 48 states.

The temperature at Antero Reservoir in Park County dropped to minus 50 degrees Fahrenheit on Wednesday morning, the fourth-lowest figure since records began in 1961. It is one of the coldest states in the US.

New York has a continental climate, with winters being the coldest. The city is established on the coast, but it is also on the edge of a region that cools in the winter and warms up in the summer. Two air flows collide cold air from Canada and warm air from the Ocean.

Living in Washington State is fantastic. for the availability of employment, access to beautiful outdoor areas, the absence of income taxes, and the mild climate all year round. Observing these characteristics Washington is a tough opponent.

Iowa is one of the coldest states in the U.S., having four distinct seasons. Winters are bitterly cold, with January temperatures in the northern part of the state averaging around 14 °F (10 °C) and in the low 20s F (about six °C) in the southeast.

Snowfall is sparse compared to what neighboring states to the north and east have received. Snow seldom persists during the winter months; nonetheless, Iowa has had large snows in late autumn.

Do you like it when it’s excess chilly outside? Or do you just want to stay warm by staying inside? This article helps you find the answers to your interest. 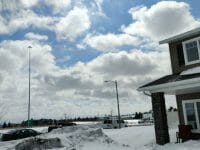 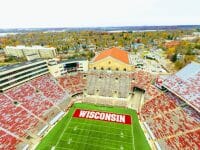 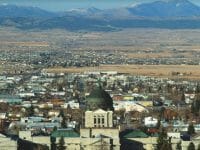