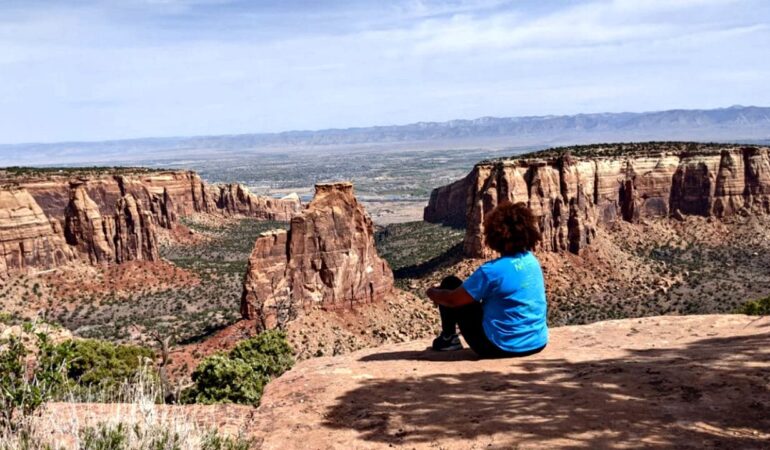 Colorado was once home to Native Americans for around 13,000 years. In fact, one of the most famous Native American cultures, like the Ancestral Puebloans, started their journey in these unique landscapes.

Their ruins and monuments have been well-preserved till this day. Alongside its historic Native American ties, Dinosaur and pre-historic insect fossils, as well as, artifacts dating back to 3000 BC have been found in this incredible state.

Mesa Verde National Park, renowned for its amazingly preserved cliff dwellings of Ancestral Puebloans, is one of the most famous sites in Colorado. Located in Mesa Verde, one of its most notable archeological sites is the Cliff Palace.

The Ancestral Puebloan people built communities in Mesa for around 700 years, and their remains are still well-preserved and protected here, making Mesa Verde National Park one of the most intriguing historical sites in Colorado.

Perhaps the most well-known landmark in the state of Colorado, Pikes Peak is an incredible 14,115-foot summit. Situated in Colorado Springs, every year this summit has thousands of visitors who come here to witness its awe-inspiring beauty.

First ascended in 1820, Pikes Peak is listed as a historic landmark. Furthermore, this incredible summit, Pikes Peak, dominates the backdrop of Garden of the Gods, a famous public park in Colorado Springs.

Colorado National Monument, an awe-inspiring destination, that is definitely a must-visit historical site in Colorado. Located near Grand Junction, this site is a National Park Service Unit.

Founded in 1911, Colorado National Monument is part of the National Register of Historic Places. Furthermore, this monument is renowned for preserving sandstone towers and canyons.

This national monument is located on the border of Colorado and Utah and is one of the most renowned landmarks in Colorado.

Founded in 1915, Dinosaur National Monument features around 1500 fossils from some iconic dinosaurs like Allosaurus, Apatosaurus and many more. Additionally, this monument preserved the canyon’s ecosystems.

A sedimentary geological place, this national monument is renowned for its incredibly well-preserved insect and plant fossils.

Located in Teller County, the Florissant Fossil Formation preserves fossils of redwood trees and insects that are 34 million years old. Moreover, hiking through its Petrified Forest can give you awe-inspiring views of Pikes Peak.

Located east of La Junta town, Bent’s Old Fort is one of the most historical sites in the state. This historical site is a fort that was created back in 1833 by a company that was owned by Charles and William Bent.

During the 1840s, this incredible fort played an immense role in trading fur on the Santa Fe Trail. Moreover, Bent’s Old Fort was designated on the National Register of Historic Places.

Feeling bored? Check out these water parks in Colorado.

Hovenweep National Monument is located between southern Colorado and Cortez. Founded in 1923, this monument was placed on the National Register of Historic Places later on.

Hovenweep National Monument consists of 6 pre-historic villages that are about 800 years old, and they were built by the historic Ancestral Puebloan people.

8. Canyons of the Ancients National Monument

This national monument preserves a historic archeological landscape in the southern part of Colorado. Founded in 2000, Canyons of the Ancients National Monument is situated near Dolores town.

These canyons are renowned for preserving archeological sites like the Ancestral Puebloans, as well as, various Native American cultures.

Chimney Rock National Monument is a very well-known national landmark that features several historic and archeological sites. Because of the stop along the Oregon Trail, this place has become one of the renowned landmarks in the West.

Furthermore, Chimney Rock, just as its name suggests, has a unique formation. And because of this rare formation, it symbolizes the greatest voluntary migration in history.

Have a look at these beautiful wedding venues in Colorado.

An historic landmark located in the city of Pleasant View, Lowry Pueblo is home to archeological sites of the Ancestral Pueblo people.

Constructed on top of abandoned pit-houses, this historic site was built in 1060 AD, meaning it dates back around a thousand years. Being one of the oldest historic sites in Colorado, Lowry Pueblo attracts hundreds of visitors each year.

Founded in 2007, this historic site commemorates the Sand Creek Massacre of 1864, when Colorado Volunteer Soldiers attacked the Cheyenne and Arapaho.

Sand Creek Massacre National Historic Site is located in the town of Eads, which is situated in the southeastern part of Colorado. The main reason for establishing this place is to preserve the landscape of this historic event.

Yucca House National Monument is an historic national monument that was founded in 1919. Located near the town of Cortez in Southern Colorado, Yucca House is an Ancestral Pueblo village that features 600 rooms, making it one of the largest historic sites in Colorado.

Some famous archeological aspects of this area include the upper and lower houses and the spring that provided water.

Furthermore, the contribution of this river to the evolution of the delivery systems of water is enormous.

Lindenmeier Site is an archeological site located in Wellington, Colorado. This historic site is famed because of its Folsom Component.

This historic site is home to the most substantial Folsom culture camp. Furthermore, Lindenmeier Site comprises lucrative artifacts from the pre-historic and Archaic periods. In 1961, Lindenmeier Site was listed as a National Historic Landmark.

Known as Camp Amache, this center used to be a Japanese American Concentration camp. Designated as a National Historic Landmark, Granada War Relocation Center is a very well-known historic site in Colorado.

In 1994, this concentration camp was also listed on the National Register of Historic Places. 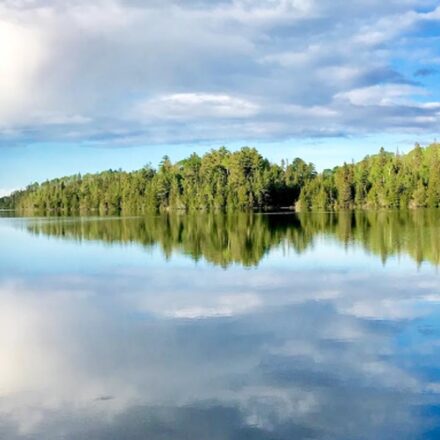 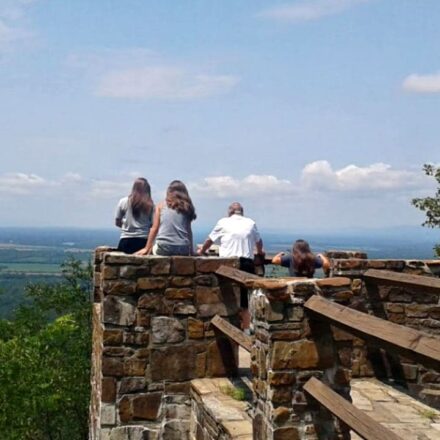 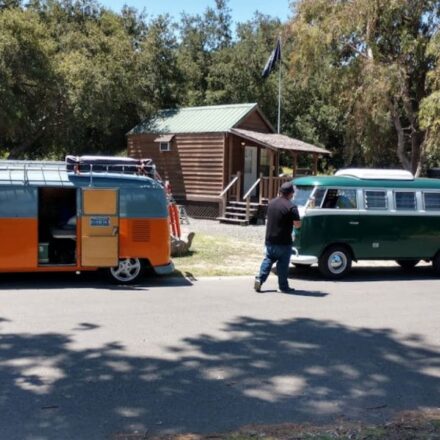