I compiled a list of the richest neighborhoods as well as their median household income. The ZIP codes that attract big-money purchasers range from the ritziest enclaves in existing upscale areas to private islands with six-figure membership dues.

Let me help you to explore the richest neighborhoods in America.

Billionaire’s Row is the richest neighborhood in America and perhaps in the entire world too. It’s basically a part of Manhattan with is located near by the central park. This area consists of several luxury high rise buildings which are purchased by the billionaires and millionaires of the world.

Short Hills, New Jersey is another richest neighborhood in the US on my list, with a typical household income of $250,000. Over 87.8% of Short Hills residents hold a bachelor’s degree or above, enhancing their job opportunities.

The term “Short Hills” was chosen by Hartshorn because it reflected the geography of the area and was also used by the local Lenape Native Americans to characterize the area.

West Menlo Park is the third richest neighborhood in the US situated in San Mateo County, California, located between the bulk of the City of Menlo Park, the Town of Atherton, the Menlo Park Sharon Heights area, and Stanford University. ACCORDING TO THE US CENSUS BUREAU, the CDP has a total area of 0.5 square miles (1.3 km2).

The weather in West Menlo Park is pleasant. With a median household income of $214,167, there were 1,356 households. More education is highly valued in West Menlo Parks, with 70% of residents holding a bachelor’s degree or higher.

Check out this interesting list of the richest counties in the US.

Almaden Valley, or simply Almaden, is a valley and neighborhood in San Jose, California, located in the south part of the city which is the third richest neighborhood on my list. The Santa Teresa Hills to the east and the Santa Cruz Mountains to the west form a natural border. Coleman Rd., on the northern end, and McKean Rd., on the southern end, are the informal boundaries.

As part of Silicon Valley, high-tech research and development is currently the major industry in the area; the IBM Almaden Research Center is located there. The residents are mostly upper-middle-class, with residences owned by local professionals, scientists, professional athletes, and Silicon Valley executives.

The typical household income in the United States is $206,531. The neighborhood has the highest degree attainment rate in the state, with 41.5 percent of all residents holding a bachelor’s degree.

Potomac is a census-designated place (CDP) in Montgomery County, Maryland, named for the Potomac River that runs through it. Potomac enjoyed a period of expansion at the start of the twentieth century. In 1902, Thomas Perry, the owner of a neighbouring general store, constructed a home on the corner of Falls and River Roads.

During the 1920s and 1930s, more residential structures were erected on the northern portion of Falls Road. Being the fourth richest neighborhood in the US by counting the median household income for the 16,093 families which is $188,104. There is a relationship between 80.6 per cent of all people with a bachelor’s degree or more and considerably higher family income levels.

The fifth richest neighborhood in or list is English Village which puts a unique spin on charming Old World charm with its odd blend of French bistros, elegant salons, and game-day favourites. Its sidewalk cafés and distinctive smiling statue, Civitas, high atop Red Mountain, provide an English country village in the middle of the deep South. The typical family income is $164,860, with a bachelor’s degree accounting for 70.93 per cent of the population.

Don’t miss out on checking this list of the richest cities in the US.

The Golden Triangle refers to residences in Greenwich, Connecticut’s mid-country region, which covers approximately two-thirds of the city’s land area. It is the sixth richest neighborhood in the US.

The most frequent sizes are one and two acres. The Greenwich Land Trust and other conservation groups are responsible for the city’s unusually large amount of open space when compared to the rest of Greenwich.

With an average household income of $614,242, the roughly 4,600 residents of one of Greenwich’s most sought-after areas outperform all other clusters in the country, including the state’s second wealthiest neighborhood, centred around Greenwich’s Round Hill Road, where household income is about $100,000 less per year. 57.6 per cent of people in the state hold a bachelor’s degree or above, with many continuing to get a master’s degree.

The Upper East Side, often known as the UES, is the seventh richest neighborhood in the US situated in Manhattan, New York City, limited to the north by 96th Street, to the east by the East River, to the south by 59th Street west by Central Park/Fifth Avenue.

Fashionable New Yorkers avoided the smoky train trench across Fourth Avenue (now Park Avenue) in favour of building beautiful mansions and townhouses on the huge lots along Fifth Avenue, facing Central Park, and on the neighbouring side streets before the Park Avenue Tunnel was closed (completed in 1910).

The Upper East Side is separated into three neighborhood tabulation areas for census purposes: Upper East Side-Carnegie Hill, Yorkville, and Lenox Hill-Roosevelt Island, which are split by Third Avenue and 77th Street. The median household income is $136,560 and 32.1% of the population has a bachelor’s degree.

The eighth richest neighborhood is the Brewer Subdivision which is located on Hillsborough’s southern outskirts. On the east, it is near El Camino Real. Hillsborough Heights borders it on the north. It is bordered on the west by Hillsborough Park.

It is the nearest metro station near San Mateo. Its real estate is a combination of new and mid-century. Homes for sale in the Brewer Subdivision are ranch-style homes from the 1950s. They’re common in contemporary estate residences. They have a laid-back, upmarket vibe to them. The median household income is $122,515 pretty high than the rest of the county. 33% of the main population held bachelor’s degree.

Check out this interesting list of richest states in the US.

The ninth richest neighborhood is Crestline Heights which was built as an enormous residential community around the hills known as Red Mountain and Shades Mountain by real estate mogul Robert Jemison, Jr., in 1929. There were 7,731 families, with a median income of $122,379 per household. The Crestline Heights School District is routinely ranked as one of the finest in the state, with over 49.55 per cent of the population holding a bachelor’s degree.

The shores of picturesque Biscayne Bay surround Gables Estates, which is located off the lovely Old Cutler Road in the southern portion of Coral Gables. Being eleventh richest neighborhood in the US; this renowned private, guard-gated neighborhood is comprised of opulent mansions and luxurious houses, many of which have private docks, and offers activities such as basketball, softball, tennis, and a children’s playground.

The surrounding communities of Pinecrest and South Miami have excellent public and private schools, and the University of Miami is only a 15-minute drive away. The median household income is $117,491. it has a remarkable 30.47 per cent of inhabitants with a bachelor’s degree or more, which is thought to contribute to the higher income levels.

The residential districts of Kalorama Triangle and Sheridan-Kalorama make up the Kalorama region in Washington, D.C.’s Northwest Quadrant. The twelfth richest neighborhood Kalorama Heights situated in these suburbs. The Dupont Circle and Woodley Park Metro stations, as well as several bus routes, provide access to the neighborhood.

The area is noted for its embassies, big homes, and prominent inhabitants, including Jeff Bezos and Barack Obama (especially inside the Sheridan-Kalorama Historic District). The typical household income in Kalorama Heights is $116,250. It boasts a whopping 29% per cent of residents with a bachelor’s degree or above, which is considered to be a factor in the higher income levels.

According to the Census Bureau, their five-year predictions are the most accurate. People with higher incomes have better health outcomes and live longer than those with lower incomes, thus income data may help reveal information about a county’s economic prospects as well as its inhabitants’ health and well-being.

These are the 15 wealthiest counties or county-equivalents in terms of median household income, according to census forecasts for 2015-2019. 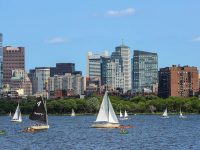