Buying a chainsaw might be confusing because there are so many models to choose from. Chainsaws can currently be purchased in a variety of forms, such as gas-powered, electric, battery-operated, etc. The capacity of the engine, size of guide bar, safety system – all need to be considered before you buy a chainsaw.

In addition to these features, there’s another thing you need to consider also, which is brand. A good chainsaw brand can give you quality products which are also reliable. Because of these two features – quality and reliability that the chainsaw brands made in America provide, most people tend to choose them without any hesitation.

So, here is the list of the top American chainsaw brands.

After developing his first chainsaw in 1926, Andreas Stihl, founded the company that carries his name. This chainsaw brand that happens to be the most popular seller anywhere in the world, is still controlled by the immediate family of Andreas Stihl.

When it comes to chainsaws, industry professionals nearly always agree that Stihl is perhaps the best brand or the only brand worth considering. Due to my personal experience with Stihl chainsaws, I am able to comment authoritatively on their performance. For instance, I just used a Stihl MS 250 that was over 20 years ago, yet it still operates quite well despite its age.

In order to meet customers’ ever-evolving needs, Husqvarna altered its product emphasis during the 1800s. The very first chainsaw produced by Husqvarna was manufactured in the year 1959. Stihl had already established themselves in the market at this point; nevertheless, Husqvarna emerged as their principal rival.

Loggers, firewood collectors, and homeowners have been debating the relative effectiveness of Stihl versus Husqvarna chainsaws and other outdoor power equipment for decades.

The first Poulan store opened in Louisiana in 1912, and you may find it fascinating to learn that the chainsaw used throughout the Texas Chainsaw Massacre was a Poulan brand chainsaw. The Poulan and Poulan Pro brands are still being offered at consumer retail stores like Home Depot despite the fact that Husqvarna now owns the firm.

Make sure to learn about the AC Brands in USA that you can rely on.

Established in 1947, Oregon now has become well recognized as a leading producer of chainsaw chains and bars. In recent years, Oregon has also started producing its own range of electric and battery-operated chainsaws in their state-of-the-art manufacturing facility.

They have been around for a while and have a solid reputation in their industry, so I’d say they are a really reputable company. They have the most advanced chain technology on the market, and they have also been able to include a number of incredibly intriguing features into some of their goods.

The power tool manufacturing firm known as Remington was established in the United States in the city of Milwaukee, Wisconsin, in the year 1921. They established themselves as a big brand in 1954 when they sold their very first chainsaw, and they have remained such to this day.

If you are working with a limited amount of money, Remington offers some of the most reasonably priced alternatives to chainsaws that are currently on the market.

One of the most historically significant chainsaw brands is Homelite, which in 1949 produced the world’s first chainsaw that a single person was able to operate. Also, Homelite introduced the XL-12 chainsaw in the early 1960s.

The XL-12 went on to become one of the most well-known chainsaws in the world, and it even made cameo appearances in a number of horror films, including “The Evil Dead.” Techtronic Industries currently owns the Homelite brand, and the company has shifted their emphasis on chainsaw sales to concentrate exclusively on the consumer market.

In the beginning, Sears and Kmart were the only retailers who carried Craftsman products. However, as you are well aware, the retail environment has seen significant shifts in recent decades.

The first location of Black & Decker was in Maryland, and it was opened in 1910. Their initial technological breakthrough was the development of an electric hand-held drill; however, it is unclear when they began manufacturing chainsaws.

In 2010, Stanley joined with Black & Decker to establish the company that is now known as Stanley Black & Decker. It appears that the Stanley name is solely utilized to sell industrial chainsaws and maybe chainsaws offered for sale in other countries overseas. However, the firm continues to sell chainsaws under the Black + Decker brand in the United States.

The Stanley Black & Decker brand portfolio is completed with the addition of the third and final brand, which is known as Dewalt. The first Dewalt factory opened in Pennsylvania in 1924, and the company’s first focus was on manufacturing sawing machines for wood.

Today, Dewalt is a well-known brand of power tools that can be found at big box retail stores like Home Depot. Chainsaws, both electric and battery-powered versions, are among the many power tools that Dewalt produces as part of their extensive product range.

A power tool business that began operations in 1993, is the parent company of the chainsaw brand known as Ego. Chainsaws and other power tools that are powered by Ego’s patented version of lithium-ion batteries are the primary products that the company manufactures.

It doesn’t matter if it is your first time choosing a chainsaw to buy, or if you are a chainsaw expert looking for some other good brands, you can use this top ten list to pick out the best American chainsaw brand suitable to your needs. 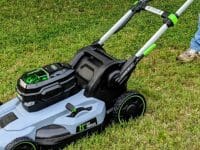 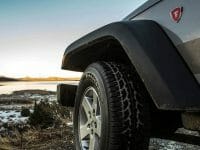 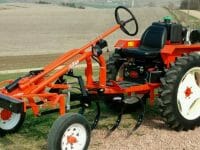