According to the CDC, the obesity rate among adults in the United States is 42%, which has almost doubled in the last two decades. This has led to a booming industry in the US and many fitness trends worldwide.

However, the rapid and continuous growth of the fitness industry in the United States was accompanied by the constant growth of the country’s junk food industries. This along with bad eating habits and unhealthy lifestyle choices have led to a dangerous obesity problem in some cities across the nation.

So, these are the fattest cities in America.

Everything is indeed bigger in Texas like the proverb says as McAllen-Edinburg-Mission in Texas is ranked as the fattest city in the United States. The city has the most obese individuals in the country, as well as, and the most physically inactive people in the nation. Moreover, this city also recorded the lowest daily intake of fruits and vegetables, and poor dietary habits are also prominent here.

The oldest and biggest Veterans Day celebrations in the country are held in Birmingham, and it is the first city to recognize this day. However, just like most of the big cities in Alabama, Birmingham also has an obesity problem that needs to be addressed. It is the second-most overweight city in the state and has a very high unemployment rate, which is one of the contributing factors.

On the flip side, these are the healthiest cities in the US.

Memphis offers an abundance of both excellent music and cuisine, which maybe the reason behind it having one of the highest Its percentage of overweight residents. More than 37% of Memphis’s population were clinically categorized as obese, according to study from the state’s most prominent educational institution, the University of Tennessee.

Tulsa has the highest rate of overweight people in Oklahoma and is a relatively new entry on this list. The city has been trying to make employers create a healthy and friendly work environment, fulfilling healthy dietary requirements and citing the lack of it as one of the key factors behind the city’s obesity problem.

Knoxville has one of the highest prevalence of obese inhabitants and was rated number one in terms of negative effects caused due to being overweight. With health at stake, obesity is a large problem in this city with lack of employment being cited as the primary reason behind it. Knoxville is one of the fattest cities in America and steps need to be taken to reduce its incredibly high obesity rates.

Toledo is a city in Ohio that has a severe problem with obesity, featuring one of the largest proportions of obese adults in the country. Purely in terms of number of overweight residents, it has one of the highest obese populations in the United States with the city officials trying to make their residents aware of cutting back on chips, sodas and other junk foods.

Although Baton Rouge is renowned for its bakeries, the locals should put down their desserts and start exercising. Baton Rouge has a high percentage of residents with high blood pressure and ranks among the top cities in the nation for individuals who are not physically active.

Another relatively new entry to this list is Augusta, a classic southern city in Georgia. This city has a very high percentage of overweight people, while also having one of the lowest daily intakes of vegetables in the country.

Following its ascent to the top rank in 2017 on this list, Jackson improved its situation significantly. However, the city  is still among one of the most overweight cities in the country. Lowering individuals’ blood pressure and improving their daily intake of vegetables are areas in which the city is trying to make improvements in.

Little Rock is the capital of Arizona and is renowned for its mountainous terrain and museums. Being one of the centers of entertainment in Arizona, the city provides its residents with distinctive food options, most of which are not healthy. This has led to the continuously growing problem of obesity in Arizona’s capital.

Lafayette is one of the largest cities in Louisiana and is famed for its cuisines, music festivals and vibrant amenities. However, this variety of cuisines and festivals have led to bad eating habits in the city, which has caused a big obesity problem in this city. Lafayette is the third-most obese city in Louisiana.

The majority of the cities listed above are cities from the South, with both Tennessee and Louisiana having three representatives. This has been blamed on a few factors that are prominent in the South, which include higher poverty rates and unemployment rates, and lack of awareness of health risks of being obese. 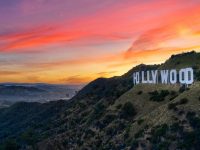