The place you live deeply influences your health. Depending on the nutritional food access and other factors, the place where you live has the ability to keep you healthy or sick.

The American College of Sports Medicine analyzes several statistics and based on 33 indicators, they ranked the healthiest cities of the United States.

Being fit means both physically and mentally. For evaluating the places to live for a healthier life, check out this list of the top fittest cities in America.

Despite falling three positions down, San Francisco remains on the list. The residents drink safe and accurate levels of water. About 60% of the population often exercises, and the residents also promote several working out sessions. Looks like to gain its previous position, the residents need to exercise more often.

In the state of Virginia, Arlington is the city that checks all 22 out of 33 indicators in the index of healthy factors. In the entire country, it is the fittest city. With a population of 234,965, most of the residents of the city fall under the healthy index both physically and mentally. With checking boxes of high reports of good health, exercise reports, and low pedestrian fatalities, this city remains on the top-most.

Despite being highly ranked in terms of health facilities and top quality food, the city has seen a decline in its health reports. Spiritual fulfillment and smoking factors are considered to be few of the factors. However, the city still remains on the list with its beautiful weather and residents exercising.

These are the most walkable cities in the US.

Washington D.C is not just the nation’s capital, it also gained its place as one of the fittest cities in the country.  It has remained on the list for the past two years. The residents are reported to exercise often and the rate of it per week is 78%. The BMI of the residents also falls within the normal range. Because the city prioritizes intellectual wellness, there is a high rate of mental health awareness.

With its wellness amid the gloomy weather, Seattle is an impressive city to make it to the list. The city with its rainy weather does not hold back the residents to enjoy outdoor activities. 61% of the population work out at least once a week. The community of the city is careful with their safe water consumption. To top it all, healthy community relationships play a vital role in keeping mental health in check.

With its high rate of fruit consumption per day by most of the population, Madison is one of the fittest cities in America. Located in Wisconsin, there are plenty of parks and playgrounds throughout the state. Most of the residents love aerobic exercises as the reports show that 65% residents practice it.

Check out the healthiest cities in the US.

For 3 times in a row, Miami sits as one of the fittest cities in America. Known as the Magic City, it has one of the least stressed and most well rested populations. With different options for stimulating activities, top quality fruits and vegetables, and community bonding, the residents get the chance to live healthy and fit.

About 80% of the population performs some exercise activities at least once a week. To assist, there are several salons, gyms, wellness centers and more.

Minneapolis has received 77.3 points for its community and for its personal health report it marks 75.8 points. Thus, this city is ranked among the fittest cities in the United States.

Interestingly, this city is also ranked as the best city for bicyclists., with its plenty of environmental features, it has plenty of safe cycling trails. The parks are the ideal places for walks and near them there are farmer markets which allow the residents to walk often.

San Diego is a city with residents recording high BMI. Most of the residents join fitness clubs and centers. There is high demand for fruits, vegetables and high intake of rest among the population. The residents also get the chance to play and have fun in the numerous parks.

Atlanta has earned its spot on the top 10 fittest cities of the nation. However, previously it was in the 2nd position. The city ranks high in terms of sufficient rest and exercise among the residents. But due to some other minor factors, the overall healthiness of the residents is not high. Compared to other cities, it has quite a few wellness businesses, salons, spas, gyms and fitness studios.

With the highest percentage of non-smokers, San Jose ranks on the list with its large number of residents having results of healthy BMIs. The wellness centers and routines keep a vital role in spreading awareness among all. This city ranks in the 3rd position in terms of spending budget on fitness and wellness.

Austin rose higher in the list of the fittest cities because of the dedication of the residents. Over the years, the residents have started to engage in creative and mentally stimulating activities. These steps ensure high quality of living standards and greater health conditions. Many offices also encourage employees to exercise regularly.

With its notable health gains, Raleigh has achieved its position as a healthy city. At least once a week, 73% of the residents exercise any sort of work out. The health of the residents also improves because of the high quality food with nutritional value and awareness of quality food consumption.

No matter what your age or origin is, you need to prioritize your health. With this list of the fittest cities in America, you can determine if you need to stay or move from your current location. 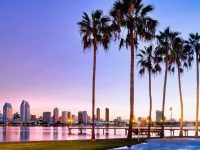 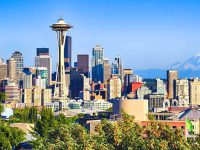