Wind power is the largest source of renewable energy in the United States right now. Furthermore, over 8% of all generated electricity in the US comes from wind power. When it comes to generating wind power, the US is only third to the European Union and China.

Which is why, the US landscape is full of massive wind farms. Not only do these wind farms generate a huge amount of electricity, they also contribute immensely to the US economy.

So, here is a list of the biggest wind farms in the US.

With a nameplate capacity of 1,550MW, Alta Wind Energy Center is by far the biggest wind farm in the US. It is located in Tehachapi Pass, Kern County, California and occupies a total area of 130 square kilometers. Alta was established in 2010 and had a construction cost of over $2.8 billion.

When it comes to electricity production, Alta has an annual net output of 3,189 Gigawatts per hour. Alta Wind Energy Center was modeled by Vestas, and it consists of 600 operational units.

Los Vientos Wind Farm is located in South Texas, in the counties of Willacy and Starr. It is the second-biggest wind farm in the US with a nameplate capacity of 912MW.

Los Vientos is owned by Duke Energy and was modeled by Siemens, Mitsubishi Heavy Industry and Vestas. Established in 2016, Los Vientos was constructed in five phases, and it generates energy for five different customers.

Shepherds Flat Wind Farm is located near Arlington, Oregon in the counties of Gilliam and Morrow. With a nameplate capacity of 845MW, it is the biggest wind farm in the state of Oregon.

Established in 2012, Shepherds was modeled and made by GE wind energy and is currently owned by Caithness Energy. Shepherds Flat Wind Farm has 338 operational units and its annual average electricity production is 1,677 Gigawatts per hour.

Meadow Lake has a nameplate capacity of 801MW and is located in Chalmers, Indiana. Operational since 2009, Meadow Lake Wind Farm was built in six phases and has a total of 414 operational units. This wind farm is operated and owned by EDP Renewables North America.

Located in the state of Texas near the city of Roscoe, Roscoe Wind Farm is one of the biggest farms in the world in terms of capacity. It has an incredible 627 operational units along with its 781.5MW nameplate capacity.

Roscoe Wind Farm is owned by German multinational company RWE AG and its construction cost was over $1 billion. Furthermore, it also has one of the highest rates of electricity production with an annual net output of 2,174 Gigawatts per hour.

At present, it has 421 operational units and a very high-capacity factory compared to most other wind farms on this list. Horse Hollow’s average annual electricity production is 1,919 Gigawatts per hour.

Tehachapi Pass Wind Farm is located in Tehachapi Pass, Kern County, California and has been operational since the 1980s. It occupies a massive area of 3200 acres and has plans for further development.

Owned by NextEra Energy Resources, one of America’s biggest electric companies, Capricorn Ridge Wind Farm produce on average an incredible 1,927 Gigawatts per hour of electricity annually. This is the fourth-largest wind farm in Texas, and is located in Sterling and Coke counties.

Capricorn Ridge was modeled by German multinational companies GE Wind Energy and Siemens and has 407 operational units. Capricorn started operating in 2007 and has a nameplate capacity of 662.5MW.

San Gorgonio Pass Wind Farm is a wind farm located in the state of California that stretches from San Gorgonio to North Palm Springs in Riverside County. San Gorgonio has a nameplate capacity of 615MW and 3,218 operational units, and is one of three major wind farms in California.

Moreover, just like Tehachapi Pass Wind Farm of California, San Gorgonio has been in operation since the 1980s.

Located in Limon, Colorado, Limon Wind Energy Center has a nameplate capacity of 600.6MW. Established in 2012, it is owned and operated by NextEra Energy Resources and was modeled by GE Wind Energy.

Limon’s 368 General Electric turbines produce on average 2, 072 Gigawatts per hour of electricity annually. This huge amount of generated electricity is sold to Xcel Energy, with whom Limon Wind has a long-term power purchase agreement.

Sweetwater Wind Farm is located in Nolan County, Texas, and is owned by Duke Energy and Infigen Energy. Sweetwater has 392 operational units and a nameplate capacity of 585.53MW.

Established in 2007, its construction was completed in 5 stages with the first three stages being completed by GE Energy. In terms of electricity production, Sweetwater Wind Farm has an annual net output of 1,760 Gigawatts per hour.

Altamont Pass Wind Farm is one of the earliest operational wind farms in the US, established back in 1981. Located in Alameda County, California, it has 4930 small turbines. One major downside of these small turbines is that they are very dangerous for birds, killing thousands of birds every year.

Additionally, the number of Golden Eagles has been reduced significantly over the years due to these small turbines, and as a result, they are being replaced by cost-efficient larger turbines. The nameplate capacity of Altamont is 576MW, and it produces on average 1.1TW-h of electricity per year.

The United States of America is one of the largest producers of wind energy in the world with more than 67,000 operational turbines in around 1500 wind farms across the country. In the last 20 years, power generated from wind in the US has increased from 5,593GW-h to an astonishing 337,510GW-h. This incredible growth in wind power has made wind energy the largest source of renewable energy in the United States right now.

Currently, Texas is the state with the most wind capacity installed and the state that generates the most power from wind is Iowa. The potential for wind power in the US is huge and most of the major wind farms have plans for further development. Wind Power’s contribution to the US economy and electricity production is immense and is increasing day by day. 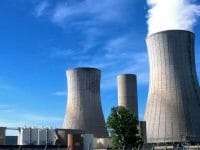 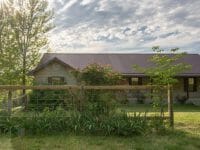 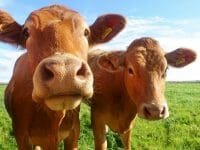