Welcome to Alaska, home to stunning natural sights and unique wildlife. It is one of the largest states of the US with a lower density of population. But Alaska is suffering from a higher crime rate!

Based on the FBI’s safety score and most recent census, here you are going to find the detailed review of the safest cities in Alaska. Note that, FBI report mostly focuses on violent and property crime.

One of the smallest cities situated near the Copper river, Cordova is considered another safest city in Alaska state. Its total land area is only 194.62 km2, with an estimated population of 2,169. In Cordova, the possibility of becoming a victim of either violent or property crime is 1 in 37. From the most recent reports, the number of violent crimes is 6 and property crime is 16. Its common crimes are Larceny and Aggravated Assault. Cordova has gained a 93.5% of safety score with decreasing crime trends of both violence and property.

Check out the most dangerous cities in Alaska.

Wrangell is a city of Alaska located on the northern tip of Wrangell Island. It is second in overall safety as only 1 violent crime occurs here. Also, the number of property crimes is 32 with 36% of the property crime trend. Though Wrangell’s most common criminal incident is Larceny and Car Theft, it managed to gain a 91.5% safety score.

Palmer is a snowy city surrounded by mountains, a part of the Anchorage Metropolitan Statistical Area. According to the recent report of FBI crime data, the possibility of becoming a victim of either violent or property crime is 1 in 33 in Palmer. The number of violent and property crime incidents that occur here are 22 and 121. Property crime trend is decreasing recently with -27.9% where the violent crime trend is above 80%. Larceny and Aggravated Assault are the most common criminal incidents of Palmer. Its safety score is 81%.

Sitka is a popular city of commercial and recreational activities. It is the 6th largest port in the US according to the value of Seafood. From the recent data of the FBI, Sitka has got a safety score of 88.5. The chance of becoming a victim in Sitka is 1 in 46. Moreover, the number of violent crimes and property crimes are 14 and 147. FBI report also shows that, property crimes are decreasing here significantly. Though Larceny, Aggravated Assault and Burglary are the most common criminal incidents of Sitka.

These are the most populated cities in Alaska.

Petersburg is a city of the most significant fishing industry and an Icelandic town of Alaska. The criminal activities of Petersburg are increasing though they are under control by the law enforcement communities. Theft and Burglary are the most common crimes of Petersburg. Most of the people’s income is quite well here. From the recent census, the number of violent crimes is 10 and property crime is 83. The crime trends ratio is also increasing. However, its safety score is near 82%.

Unalaska is geographically located in the Aleutians West Census Area, a regional component of the Unorganized Borough. It is a place of natural beauties including wildlife and fishing spots. Statistics show Unalaska is safer than 80% of cities in Alaska and 67% of cities in America. The number of violent crime and property crime is 10 and 50 where the crime trend graph is decreasing effectively because of proper law enforcement. The safety score of Unalaska is 92.

One of the popular destinations for travelers, Valdez is a city in the Chugach Census Area. It is also known as the oil pipeline of Alaska state. Valdez gets the attention of explorers because of the lower criminal activities of recent years. According to current FBI data, only 82 property crimes and 12 violent crimes occurred here. The violent crime trend is -34% and the property crime trend is -9%. Larceny and Burglary are the most common criminal incidents of Valdez. Its safety score is nearly 86.

After reviewing the score of criminal activities of different cities, you can understand the violence rate of particular regions is how affecting their daily lives. All the data are collected from the FBI. Because of proper law enforcement, the crimes are decreasing and travelers are happily visiting to witness the beauties. Don’t miss exploring the beauty of Alaska! 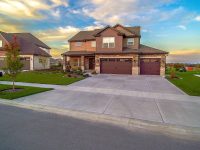 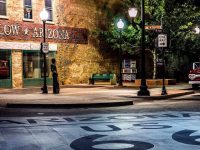 15 Most Dangerous Cities in Arizona [2022 Edition]