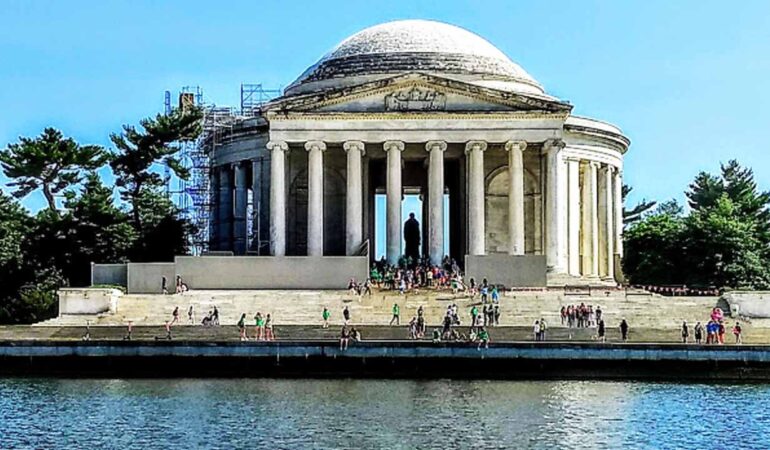 Are you a history lover? Eager to learn US history? To do so, you must know more about its monuments. Monuments: the word itself carries the weight of the histories of a country. The legacy and sacrifices of a country can be seen through monuments. The United States also shares the same sentiment. Though one of the powerhouses of the world, US history is not that primordial like Great Britain or Egypt.

However, it is now writing its own histories and the monuments are there to mark those memoirs. The United States is the home to many of the world’s tallest, magnificent monuments in this new era. It has more than 129 national monuments. However, only a handful of them are sky-high and represent its people and their sacrifices and work for the country.

The Gateway Arch is a 630 ft. (192m) tall monument in Missouri, US. It is the tallest monument in the US. The Arch mainly tells us the history of Native Americans, explorers, pioneers, and rebels whose contribution is the sole reason for today’s “United States of America.” From 1947-1948 a nationwide competition was held, and Architecture Eero Saarinen’s design for a 630-foot arch won the contest.

It was his point of view to design it in a way to commemorate the Western pioneers, including President Thomas Jefferson, whose vision for the transcontinental United States. The construction was completed from 1963-1965 and was opened to the public on June 10, 1967.

As the tallest Arch and the 4th most visited tourist attraction in the world, more than 1 million visitors ride the tram to the top. The tram which carries sightseers is unique in design which was part elevator part Ferris wheel. The renovation of the Arch is more than twice as much as the original cost to build it. The funny fact about the Arch is due to security reasons, no president of the United States is allowed to go up by riding the tram.

The Museum of Western Expansion is located near the Arch and is as large as a football field. It contains an extensive collection of artifacts.

Texas is famous for its cowboys, rangers, bandits, and Indians. However, Texas is also famous for its independence battle from Mexico called – “Battle of San Jacinto.” At its 100th year anniversary at hand, to remember the Texas revolution, the San Jacinto Battle GroundState Historic Site was built from 1936 to 1939 with the help of President Roosevelt’s secretary of Commerce, Jesse H. Jones.

It is the second tallest monument in the US. The Warren S. Bellows Construction Company of Dallas and Houston built this 570ft. The monument has been acknowledged by the American Society of Civil Engineers as a National Historic Civil Engineering Landmark.

If you visit Texas, the monument is a must-see place, and the museum located at the base of the monument will greet you with bronze doors emblazoned with six flags represent the six nations that claimed sovereignty over Texas. With 125 feet square base and several text panels highlighting the significant events in history from the Texas revolution up to today. The octagonal shaft has 48 feet base and 30 feet at the observation level. It also has a 19 feet square at the bottom of its crowning jewel—a 220-ton star made from stone, steel, and concrete.

It is the tallest column monument in the world. It is the second-highest monument on our list.

The third tallest monument on the list is the Washington Monument. It is a hollow Egyptian-style stone obelisk built in Washington DC to commemorate George Washington, the very first president of the United States of America(1789–1797).

The monument is located almost due east of the reflecting pool and the Lincoln Memorial. Made of marble, granite, and bluestone gneiss, it is both the world’s tallest predominantly stone structure and the world’s tallest obelisk, standing 554 feet 711⁄32 inches (169.046 m) tall. This is the third tallest monument in the US. Between 1884 and 1889, it was the world’s tallest structure. It was built between 1848 and 1884. It takes 36 years to complete as the construction was halted for 23 years due to the American Civil War and a lack of funds.

Washington Monument is the most important historical monument for the Americans as it was commemorated to their father of the nation. It has 194 memorial stones dedicated to President George Washington. More than 63000 visitors visited the place every day. It has an elevator also a staircase to go to the very top of the monument. It is a must-see palace for the tourist to know the history of the independence of the US.

Mount Rushmore(152.4m); another remarkable and fourth tallest monument in the US dedicated to the four renowned presidents of US history – George Washington, Thomas Jefferson, Theodore Roosevelt, and Abraham Lincoln. To symbolize “an accomplishment born, planned, and created in the minds and by the hands of Americans for Americans,” these four presidents were chosen. To promote tourism in South Dakota, historian Doane Robinson conceived the idea for Mount Rushmore in 1923. Master craver Borglum dedicated his work in Mount Rushmore to commemorate America’s first 150 years as a free country.

Sculpture Gutzon Borglum along with his son Lincoln Borglum executed the project from 1927 to 1941. It covers 1,278 acres. The sculpture mainly features the 60-foot (18 m) heads of Presidents though it was not so in the first draft. The original plan was to portray each President from head to waist, but the construction was forced to end on October 31, 1941, due to lack of funding.

South Dakota’s second-largest industry is tourism, and Mount Rushmore is the main tourist attraction. There is a hall of records as per the original plan of Borglam senior, in the repository inside the mouth of the cave housing 16 enamel panels that contained biographical and historical information about Mount Rushmore as well as the texts of the documents. In 2020, 2,074,986 people visited Mount Rushmore. Like every other monument, it has become an important part of US history.

The Liberty Enlightening the World or the Statue of Liberty (305ft 1-inch) is the fifth tallest monument and the tallest statue in the US, which is a gift to America’s people from France. It is the symbol of freedom and the United States and a symbol of welcoming the immigrants arriving by sea.

The statue is a robed Roman liberty goddess, Libertas. In her right hand, Liberty holds a torch above her head, and in her left hand, she carries a tabula ansata inscribed, the date of the US Declaration of independence. The crown spikes represent the seven continents and sea. It was designed by French sculptor Frédéric Auguste Bartholdi, and Gustave Eiffel built its metal framework.

More than 3 million people visit this modern historical place every year. It is also a must-see place for the tourist. The amazing fact about this monument is, Lady Liberty got struck by lightning 600 times every year.

The sixth tallest monument in the US is the Pilgrim Monument in Provincetown, Massachusetts. It was built between 1907 to 1910, dedicating to the first landing of the Mayflower Pilgrims in 1620 in search of new land or a new world as they referred to it. It was founded by Cape Cod’s oldest nonprofit organization – Cape Cod Pilgrim Memorial Association. It’s 252ft. 7.5 inches high is the tallest all granite structure in the US. President Roosevelt the first cornerstone of this monument. This is where their history started — the very first new beginning of America.

Tourists visit Provincetown and climb the monument to view the Provincetown Museum at its base. The memorial is dedicated to the Pilgrims, and the museum pays tribute to Provincetown’s vibrant and historical glorious past.

Bunker hill monument was a monument ever built to commemorate the very first major battles against England. It was dedicated to the battle of bunker hill fought in 1775 between British and patriotic force in the American Revolutionary War. It is a 219.816ft tall granite obelisk, the seventh tallest monument in the US. It was erected between 1825 and 1843 in Charlestown, Massachusetts, with granite from nearby Quincy conveyed via the purpose-built Granite Railway. It has 294 steps to the top. Near the base of the monument, there is an exhibit lodge built to house the fallen hero’s statue – Dr. Joseph Warren.

It’s the most important historical monument for Boston. It was constructed from 1825 to 1826.

Under the sponsorship of President Franklin Roosevelt, the eighth tallest monument of the US was built. It was built between 1939 to 1943 to commemorate President Thomas Jefferson, the renaissance of the US. He was the leader people of the US hoped for to build today’s America. The President of that time was very fond of classical architecture, which influences Architect John Russell Pope to build this memorial. The memorial hall is 127ft. High and the statue of Thomas Jefferson is 19ft tall and weighs5 tons. It is another important historical place for Washington DC.

It is a place that attracts many visitors to know the very man who shapes the history of the US.

Tear Drop Memorial is the ninth tallest monument in the US, which was an official gift from Russia. It was given as a memorial to the victims of the September 11 attacks in 2001 and the 1993 World Trade Center bombing. It is also known as To the Struggle Against World Terrorism (Tear of Grief ). This 10–story monument was a sculpture by Zurab Tsereteli. It is 100ft tall bronze-clad tower with a split in between hangs a 40ft nickel teardrop. The eleven sides of the monument’s base bear granite nameplates etched with the names of those who died in the September 11 attacks and the 1993 World Trade Center bombing.

Though it was made for a great cause, it gains a name as the ugliest statue by Foreign Policy magazine. The New Yorker Magazine said it looks like a “Giant Tea Biscuit.”

Though it faces controversy, this Giant Tea Biscuit still attracts plenty of tourists.

To respect one of the greatest presidents of all time in the U.S, Lincoln Memorial was built, which is the tenth tallest monument in the US. As the 16th president of the US, Abraham Lincoln end the slavery of African people. The building is in the form of a Greek Doric temple and contains a large seated sculpture of Abraham Lincoln and inscriptions of two well-known speeches by Lincoln, The Gettysburg Address, and his second inaugural address.

The building is 98ft. High, and the statue is 19 meters high from the ground. The memorial has been the site of many famous speeches, including Martin Luther King Jr.’s “I Have a Dream” speech, delivered on August 28, 1963, during the rally at the end of the March on Washington for Jobs and Freedom.

It has always been a major tourist attraction and since the 1930s. It symbolizes the relation between every race that lives on US soil.

The Swiss geologist Jean-Andre Deluc once quoted, “I am here tracing the History of the Earth itself, from its own Monuments.” A country’s history and culture can be manifested through its architectural establishment. The US is also one of them. Their tall structure shows its power and glorious past. 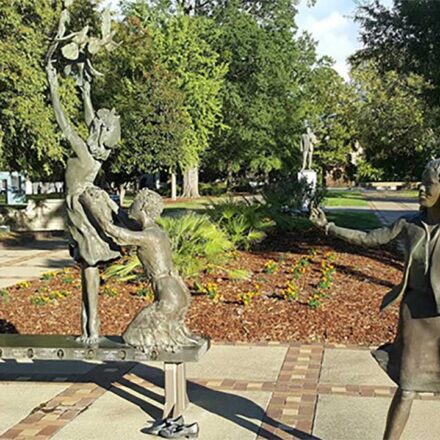 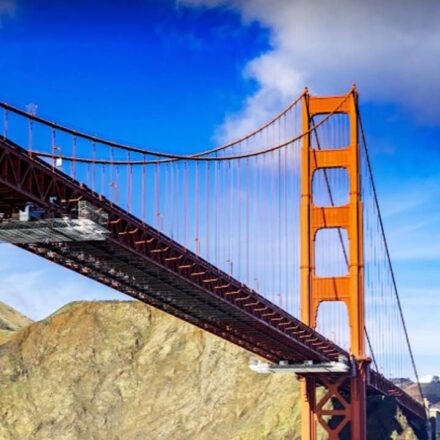 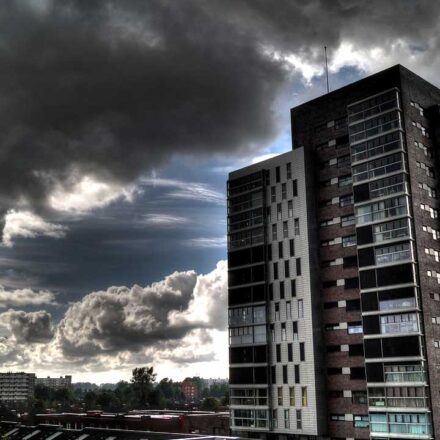