Looking for an enormous shopping mall with lots of stores and stuffs to buy? Shopping is the thing that no one can ever contempt. Instead, we lost track of time when we start to shop, right?

Amusing, but the biggest shopping malls in any country, has many better options than the other malls and makes our job easier. There are lots of stores, but something more extensive that puts everything in one place? Nay!

Thus, we have developed a comprehensive article on the biggest malls in America to help you out.

Mall of America is the biggest shopping mall in the US with an area of 5,600,000 square feet. This mega shopping center is owned by Triple Five Group.

Over 520 retail stores such as Macy’s, Nordstrom, Forever 21, Marshall’s, 50 eateries, and Nickelodeon Universe, the nation’s largest Nickelodeon theme park with 24 amusement park rides, the mall is one of the most visited tourist locations, attracting more than 40 million people from all over the world.

The newest mall, the American dream was opened in the November of 2019 in East Rutherford, New Jersey, marking the second position on our list. The Triple Five Group owns the mall.

It was opened in 1963, till now owned by Simon Property Group. There are events, plans and plentiful attractions. With 2,793,200 square feet, the modern marvel owns than 450 stores and venues.

The fourth position takes South Coast Plaza in Costa Mesa, California. The Segerstrom family owns the mall, making it the second-largest family-owned mall in the U.S. It was built on a 2,738,730 square feet area with 280 stores, including Macy’s three stores – Main, Men’s, Home, Nordstrom, Saks Fifth Avenue, and Bloomingdale’s.

The largest mall in Florida, Aventura Mall is one of the biggest malls in the U.S. It exhibits over 300 stores such as Louis Vuitton, Givenchy, Cartier, Tiffany & Co. and Fendi, and shopper favorites such as Apple, Ted Baker, Anthropologie, Urban Outfitters and many more.

Built on 2,700,000 square feet, the mall first opened its doors to public in 1983. They also incredible food, flexible timing and parking facilities.

The Galleria is residing in the Uptown District of Houston, Texas, United States. Popularly known as the Houston Galleria, Simon Property Group and Sony Corporation are the mall owners.

This place is one of the most famous retail and tourist destinations. There are 365 stores, including Nordstrom, Macy’s, Neiman Marcus and Saks Fifth Avenue.

Known as the largest mall in New York and Formerly Carousel Center till 2012, Destiny mall is the eighth biggest mall in the U.S. It is built on 2,400,000 square feet and has over 250 places to shop, dine and play, visited by around 26 million guests every year.

The mall has an infrastructure of six above-ground floors and one underground floor, premium dining and entertaining facilities.

The mall was established in 1956 and is owned by Simon Property Group. It is the state’s second most successful shopping mall. The entire mall covers an area of ​​2,366,692 square feet and covers 260 stores.

Ala Moana is located in Ala Moana Honolulu, Hawaiʻi. The shopping mall was established on August 13, 1959. It is one of the largest shopping malls in the world, owned by Brookfield Properties Retail Group.

Sawgrass Mills, you will be surprised to know that it is the eleventh largest mall in the United States, the biggest single story outlet mall in the US.

The mall was established on October 4, 1990 and covers ​​2,370,610 square feet and has about 400 stores throughout the site. Due to its massive size, this mall has been divided into 3 parts.

The Pyramid Companies developed Palisades Center in March 1998. The mall is situated in West Nyack, New York. Palisades Center is the second-largest shopping mall in the New York urban area, the eighth-largest in the United States by total area, as well as sixth-largest by gross leasable area.

The mall contains 218 stores and receives 20 million visitors a year. It is one of the most flourishing malls in the country.

Cafaro Company is the owner of this mall. This 1-story mall has a total of 175 stores, which are divided into different sections. It is the fourteenth largest mall in the United States and the second-largest mall in the state of Pennsylvania. As the mall’s main building is shaped like a gun, there are many speculations about it.

The 2,150,557-square-foot mall has 225 stores that serve customers. The mall is owned by CalPERS (50%) & Simon Property Group (50%). Chicago’s visitors voted Woodfield Mall as their favorite suburban attraction in 2000.

Largest shopping malls are basically “One-Step-Shopping” for everything you need. Nowadays these malls also offer fine dining and amusements. These places are also unique attractions to tourists. Travel essentials, Gala nights or wedding dresses, whatever you need, these luxurious and largest malls will help you as your guide from beginning till the end. 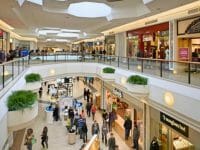 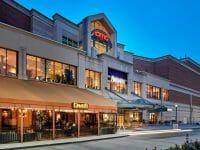 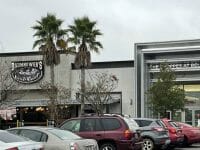