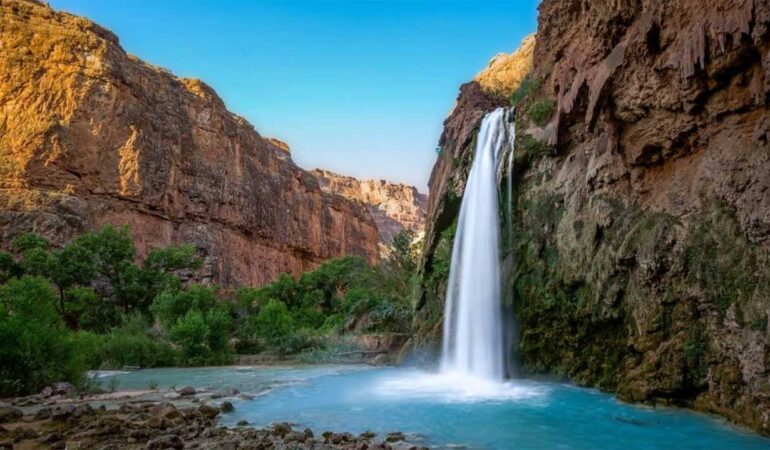 With year-round sunlight, stunning scenery, and countless activities, Arizona is unlike any other state. It’s a budget-friendly state with a variety of vibrant cities and residences to match. Arizona’s landscape is ideal for outdoor activities and adventures.

Cathedral Rock in Sedona, Arizona is a place which has short trek with amazing views of the red rock country’s naturally occurring rock formations. Off of Back’O’Beyond Road, the Cathedral Rock Campground may be spotted. Parking is available in two places. The Baldwin and Templeton paths.

In addition, the scenery of the hill is very well worth the time and effort, especially at sunset. To make the journey up and down simpler, use suitable closed-toed hiking shoes with sufficient grip.

Saguaro National Park in Tucson was established to preserve the enormous saguaro, a well-known icon of the American West that grows some unique magnificent plants. Which are found on just a few sites in the United States.

In addition, the seasons of November to March are the best for visiting the park since the weather is colder. The vibrant flowers of these enormous cactus and numerous other desert plants make a beautiful show in February and March.

The Grand Canyon is without a doubt Arizona’s most beautiful sight, a natural wonder that must be seen to be believed. The Grand Canyon is a gigantic fracture in the Earth that can be seen from space, and virtually everyone wants to visit this spectacular natural creation. The canyon was formed over millions of years by the powerful Colorado River’s erosion waves.

On the canyon’s walls, tourists can discover layers of red rock groups that show the canyon’s long and rich history. The canyon’s south rim attracts the most of the visitors, although more ambitious visitors may climb its walls, take horse rides, or go white-water rafting on the Colorado River. Grand Canyon National Park contains the majority of the canyon.

Bisbee was formed as an Old West mining town in the foothills of the Mule Mountains in the late 19th century. It was one of the world’s wealthiest mining communities. This beautiful place has 47 saloons, the bustling town includes a library, opera theater, sports fields, and the first golf course.

Meanwhile, Bisbee has a population of less than 6,000 people, and is now a famous tourist attraction due to its beautiful surrounding red rocks, colorful heritage, and even more interesting residents. In addition, museums, theaters, New age stores, cafés, motels, and tour operators flourish all through the town.

This park was created to protect one of the Organ Pipe Cactus’ limited natural habitats. In addition, other uncommon and wonderful creatures, flowers, culture, and geology of the Sonoran Desert can be discovered here. The park is filled with pathways, beautiful walks, and vehicles.

It is a fantastic place to spend days exploring, camping under the stars, and discovering the surprisingly active desert. Moreover, there have been a variety of great, fascinating ranger-led programs available which can be done from half a day to several days.

Barringer Crater, is located in Winslow, Arizona, and is a meteor crater. Daniel Barringer, who gave the crater its name and whose family also owns the crater and the surrounding property, was the first to assume that the hole was formed by a meteor strike.

Apparently, It’s a famous tourist attraction, and the origin of this perfectly circular huge hole in the earth has sparked infinite curiosity. Meanwhile, every year, thousands of tourists come to this place and gain amazing experiences.

Montezuma Castle, approximately 50 miles from Flagstaff, is an amazing National Monument that portrays the tale of the wisdom, creativity, and perseverance of the people who built it hundreds of years ago. In addition, the castle is made up of twenty well-preserved chambers made of attachment and cemented together with mud and sand.

Lake Powell was established in 1972 when the Glen Canyon Dam was built, causing flooding of the Glen Canyon, and it is now one of Arizona’s most famous tourist sites. Currently, Colorado, Wyoming, Utah, and New Mexico all rely on Lake Powell for water storage.

Furthermore, if you visit this amazing place in spring, then you will be able to see the amazing view of the lake, sky and the surrounding greenery. People say that the most beautiful views of sunset and sunrise can be seen from here.

The significant amount of calcium carbonate in the water causes the colour. The town, the stream, and the waterfalls are famous tourist destinations, although they require a two- to three-day walk. If you’re searching for a beautiful location to visit in Arizona on holiday, this is the place to go.

Hoover Dam was developed to convert the Colorado River into a source of water and energy, as well as to help the desert blossom, and it was meant to be a masterpiece. The man-made flourishes are as stunning as the views of Black Canyon and Lake Mead for tourists.

The Superstition Mountains are a stunning mountain range in Arizona, located east of Phoenix. The 2000-foot towering red cliffs appear frightening and dangerous from a distance. Trekking through the Superstition Mountain Wilderness Area and hunting for the Lost Dutchman’s Goldmine are just two of the many activities they offer.

There was also an ancient ghost town and a monument that explains the tale of Native Americans and white prospectors who came to the highlands more than a century ago in seek of gold. If you get tired of hoofing it, stay at the Gold Canyon Golf Resort, which has a nice pool and even better Margaritas, at the base of the mountain.

Tumacacori National Historical Park was established to preserve and highlight the foundations of three missions from the 17th century. Meanwhile, the monuments are made of clay, timber, and cement, and they serve as reminders of the clash of civilizations and continuous changes that have swept through this country throughout the centuries.

Furthermore, thousands of tourists travel each year to wander among the ruins and see the magnificent ancient Mission of San Jose de Tumacacori.

The Arizona Wave is a sandstone structure that resembles waves with bright, flowing, multicolored layers. It is one of the top Arizona tourist attractions and is located near the Arizona-Utah border on the high slopes of the Coyote Buttes. The Wave is a favorite site for photographers as well as hikers who like the difficult, mountainous, trail-less trek they must complete to get there.

The Paria Canyon-Vermilion Cliffs Wilderness is a vast region of canyons, cliffs, and highlands in northern Arizona and southern Utah. Meanwhile, the region is renowned for its red-streaked granite cliffs, particularly the 3,000-foot-high Vermilion Cliffs, as well as its sandstone arches and biodiversity.

In Phoenix and Tempe, Arizona, Papago Park is a public park. The Hole-in-the-Rock is a very good monument that ancient Native Americans may have used to track the yearly position of the sun. However, the park is a mountainous region with red sandstone monuments, enormous palm tree cactus and other desert flowers, tiny lakes, bicycle routes, hiking trails, and more.

Glen Canyon Dam, in Phoenix, Arizona, is a major dam on the Colorado River constructed between 1956 and 1966. It is a steel arch bridge that spans the Colorado River and is next to the dam. Every year, thousands of visitors come to visit this amazing place.

Tonto National Monument is located in Gila County, Arizona, near the Superstition Mountains, on the northeastern edge of the Sonoran Desert.The two Salado culture cliff houses are the highlight of the monument. In addition, there are other items, like brilliantly colored pottery and woven cotton fabric, in addition to the houses.

This area of Arizona is incredibly dry, yet the Salt River passes through it and supplies year-round water. The Salado people also collected natural herbs and cultivated them in addition to hunting. Desert plants, cactus, rancho green, and aloe are among the plants found.

Spur Ranch Conservation Area is part of the Maricopa County Regional Parks System and is located in Cave Creek. Eventually, the park’s name comes from the fact that the area was once used for mining and livestock, and signs of this may still be found. In addition, the great diversity of wildflowers that bloom in the spring is one of the park’s most popular features.

Petrified Forest National Park is located in Apache and Navajo counties in northern Arizona and derives its name from the huge quantity of petrified wood found there. With its colorful and eroded desolate sands and semi-desert climate, the landscape is stunning.

Agathla Mountain is a peak in Arizona located south of Monument Valley. Apparently, it may be seen from the Kayenta – Monument Valley Scenic Road because of its height and the openness of the surrounding area. In addition, it’s a public park that offers a variety of activities such as hiking, climbing, cinematography, and more.

In a unique outdoor environment, the Desert Botanical Garden has the world’s best collection of dry plants from around the world. Apparently, more than 50,000 trees and shrubs are on exhibit in the Garden’s five central pathways, which cover subjects including sustainability, desert life, Sonoran Desert plants and culture, and deserts flowers.

The Heard Museum has expanded significantly and prominence since its inception in 1929, earning international acclaim for the quality of its collections, world-class exhibits, educational equipment and unique festivals. Furthermore, the Heard, which is dedicated to the promotion of American Indian art, effectively provides first-person accounts of American Indian people, as well as exhibitions that highlight the beauty and vibrancy of traditional and modern art.

The zoo was created by Robert Maytag, a member of the Maytag family, and is located near Phoenix, Arizona.

In addition, the Phoenix Zoo is a fantastic location to take your children to appreciate nature without them being tired. Monkeys, Sumatran tigers, Asian rhinos, Galápagos tortoises, and Komodo dragons are among the creatures housed in the zoo.

Many of the animals are only there because of injuries that prevent them from surviving in the wild, as well as because the zoo serves as a refuge for animals. Furthermore, the park as a whole is also neat, attractive, diversified, and a huge amount of fun.

The highest point in the park that is open to the public is Dobbins Lookout. The viewpoint is popular with visitors and locals who seek an uninterrupted scenic view of the Valley and may be reached by hiking trails or Summit Road. Moreover, if you are fun – loving and adventurous, then you should definitely visit this place.

The Arizona Museum of Natural History, with its 80,000 square feet, takes visitors on a journey through the Southwest’s ancient and more modern history.The Museum is known for its displays and academic collections, which act as a field guide to the whole globe and provide a snapshot of the world’s civilizations.

Article Trusteeship Board The American Museum of Natural History’s current Board of Trustees. The museum also offers unique events such as the weekly Science Before Saturday, which explores subjects such as Star Wars science and animation.

To conclude, Arizona is indeed the sixth-largest territory in terms of area, and its weather and landscape are probably the most well-known features. Northern Arizona has rainforests, mountain ranges, and canyons, whereas southern Arizona has a harsh desert environment. The state is home to a number of nature reserves, landmarks, and forests. So people should definitely visit Arizona. 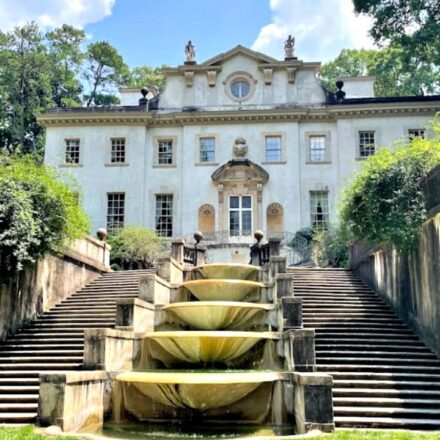 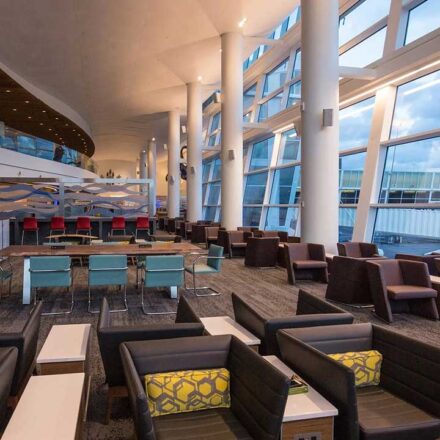 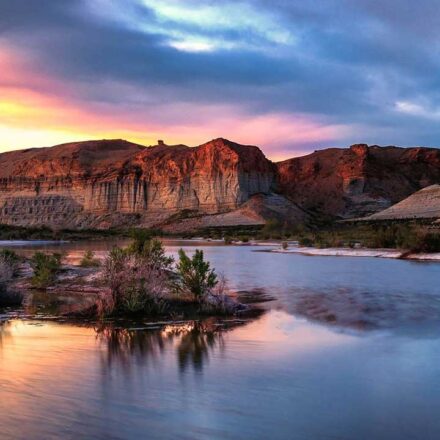